Study Shows We Are More Resilient Than We Know 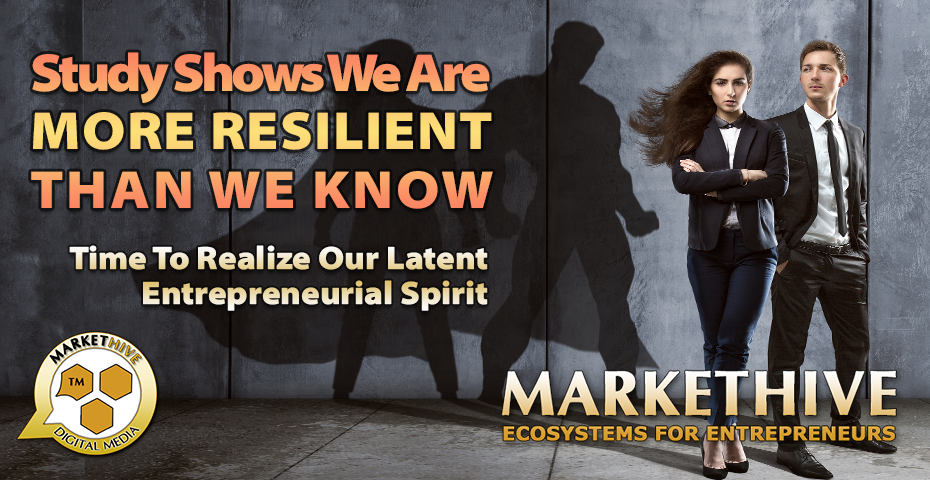 Study Shows We Are More Resilient Than We Know

By now, it’s mostly common knowledge that the Covid-19 pandemic has induced a global mental health crisis. Last year, at the height of the pandemic, there were many articles published warning us of a threatening psychological epidemic. Clinical scientists and research psychologists have pointed out that the pandemic created many conditions that can lead to psychological distress.

These include the sudden and widespread disruption to people’s livelihoods and social relationships, millions of grief-stricken families who have suffered the loss of a loved one, and the most vulnerable who face long-term hardship. This narrative took hold as quickly as the virus itself, but 18 months on, it seems the world's psychological immune system proved more robust than expected.

A global collapse of well-being seemed inevitable, so a team of distinguished professors of medical and mental health joined a task force commissioned by The Lancet to quantify the psychological impact of pandemics. They combed through more than 1,000 studies that examined hundreds of thousands of people in over 100 countries. 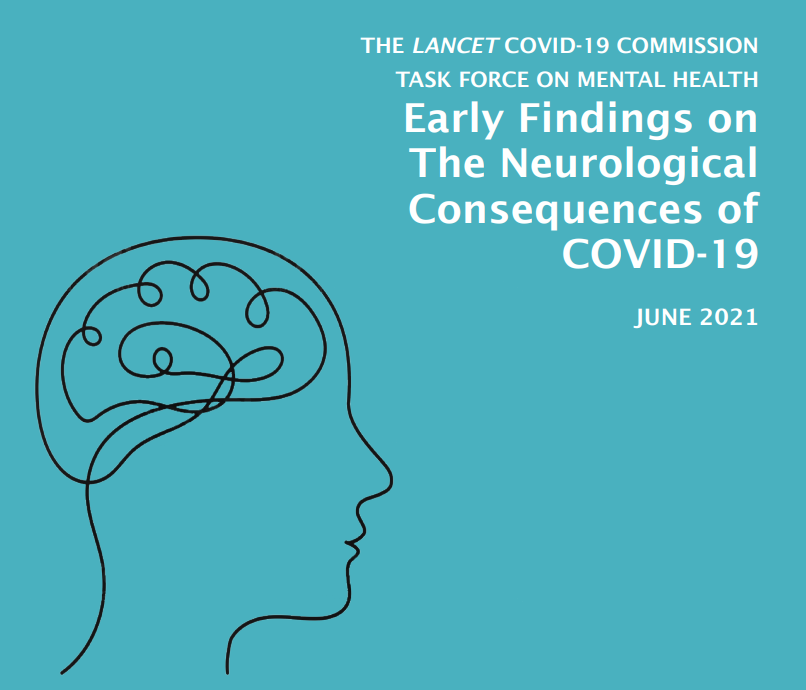 After reviewing the best available data, it was found that some groups, including people suffering from financial stress, experienced significant, life-changing hardship. But, with regards to the entire population of the world, they were surprised as they did not find the prolonged, interminable misery they had expected.

The many variables associated with mental health, including anxiety, depression, suicide, and life satisfaction, were measured in the research. Two complementary types of evidence were the focus, such as surveys that investigated comparable groups of people before and after the pandemic and studies that tracked the same people over time.

Neither study is perfect, but when the same conclusions were drawn from the evidence of both studies, the team was confident that the results were factual. Early in the pandemic, the team observed that what the media was reporting was the case in these studies: that the average levels of anxiety and depression and broader psychological distress increased dramatically along with the number of people who experienced significant forms of clinical anxiety or depression.

For example, in both the U.S. and Norway, reports of depression tripled during March and April 2020 compared with averages collected in previous years. And in a study of more than 50,000 people across the United Kingdom, 27% showed clinically significant levels of distress early in the pandemic, compared with 19% before the pandemic.

But something remarkable took place over the next couple of months; the average level of depression, anxiety, and stress began to decline. This set of data suggests that overall mental stress has returned to near pre-pandemic levels by June 2020.

It Must Be An Anomaly!

Further reviews of the data were done to explain what were thought of as anomalies. For example, some of the data came from wealthy countries disproportionately, so the geographical lens was extended. It was then considered that if the pandemic did not lead to intense, long-term distress, it in all probability undermined people's overall life satisfaction. The team then examined the most extensive available data set on this topic from the Gallup World Poll.

The Gallup survey asks people to rate their lives on a 10-point scale, with 10 being the best life possible and zero being the worst. A nationally representative sample of people in most countries worldwide answered these questions every year, which enabled a comparison of the 2020s results with previous years. No signs of a decline in life satisfaction were evident from a global perspective.

Individuals scored their lives on average at 5.75 in 2020, which was the same as the average from the previous year. There was some concern that the survey wasn't reaching people who were struggling the most. It stands to reason, if someone is on the brink of not coping, they may not answer a phone call from a researcher.

However, real-time data from official government sources in 21 countries showed no noticeable increase in suicides between April and July 2020 compared to previous years, and suicide rates declined in some countries – including the US. California anticipated 1,429 suicides during this period; only 1,280 occurred.

These outcomes came as a surprise to the mental-health task force and how well many endured the psychological challenges of the pandemic. So to make sense of this pattern, they returned to the classic psychological finding that: People are more resilient than they realize.

When people experience adverse life events, such as losing their job or romantic partner, we imagine these events devastating for months or even years. However, their misery tends to fade faster than they imagine it would.

Humans possess what researchers call a psychological immune system, a multitude of cognitive abilities that allow us to make the best of bad situations. For example, after separating from a romantic partner, the individual may focus on the ex’s annoying habits and enjoy their newfound leisure time.

This ability to withstand difficult events also applies to traumas such as war or severe injury. These events can cause considerable anguish. It does not minimize the pain that many suffer; however, many studies have shown that most survivors recover and never show a significant decline in mental health.

The pandemic has tested the global psychological immune system, which seems much more robust than previously thought. As usual and familiar sources of enjoyment and get-togethers became almost non-existent, people got creative. They attended drive-by birthday parties, mutual help groups, virtual cocktail evenings with friends, nightly shout-outs supporting the healthcare workers, and some even learned or improved their baking skills.

Several large data sets showed a modest increase in loneliness: In April 2020,13.8% of adults in the United States said they felt lonely compared to 11% in April 2018. But these general trends and averages do not erase the real struggles, immense pain, overwhelming losses, and financial struggles many people faced in the last 18 months. For example, that 2.8% difference represents 7 million Americans who reported loneliness in April of 2020.

As with many facets of the pandemic, the Covid-19’s mental health toll was not evenly distributed. Some segments of the population, including women and parents of young children, showed a significant increase in overall mental stress early on.

Then as the pandemic progressed, ongoing mental health problems disproportionately affected people who were facing financial issues, those who contracted Covid-19, and those who had struggled with physical or mental disorders before the virus. So tangible support and access to mental health services are crucial and necessary for the people who have endured the most intense distress and are at the most significant ongoing risk.

However, the extraordinary resilience of most people braving the sudden changes caused by the pandemic carries its lessons. The studies also discovered that people are much better at handling temporary lifestyle changes, such as working from home, imposing travel restrictions, and even accepting periods of isolation and quarantine, than policymakers seem to think.

This knowledge can empower us to make disruptive changes in our societies required to support the people and communities most affected as we look ahead to the world’s future significant challenges. But, by no means are we out of the woods with Covid-19 with its mutated variants plaguing parts of the world. The consequences have left many people jobless and small businesses devastated, with the overall global economy in turmoil. 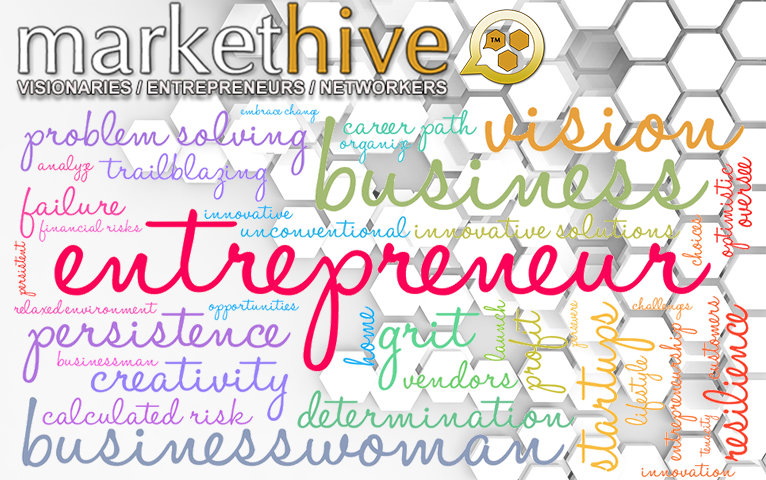 Unlike previous pandemics, we do have some fairly advanced technology at our disposal. Although nothing beats a human touch, the broader community uses technology to stay in touch and alleviate boredom and loneliness. From education to career changes, the internet, blockchain, and cryptocurrency leverage the ability to circumvent any situation in which we may find ourselves.

The Markethive Social Market Network is a Divine vision, years in the making and constantly evolving to bring economic sovereignty, abundance, and prosperity to all. A place to be uplifted and to realize that latent entrepreneurial spirit. A multidimensional platform with like-minded people to engage and collaborate with, learn and earn and find your niche in this changing and burdened world.

Markethive created this system to lift you up financially while giving you a powerful broadcasting social network. Our foundation is built upon the principles of freedom of speech, liberty, and autonomy. Markethive is built by, of, and for the people with the knowledge that people are not passive victims of change but active guardians of our own wellbeing.

Sources: The Atlantic, The Lancet

Written by Deb Williams
Chief Editor and writer for Markethive.com, the social, market, broadcasting network. An avid supporter of blockchain technology and cryptocurrency. I thrive on progress and champion freedom of speech and sovereignty.  I embrace "Change" with a passion, and my purpose in life is to enlighten people en masse, accept and move forward with enthusiasm.